The works in the show – a 16mm film, gum bichromate prints and sculptural objects – take their titles from Calvino’s book, formally and conceptually evoking the author’s distribution of interests. Throughout the exhibition, works mirror one another, as well as Calvino’s chapter titles, revealing and staging the tools, structures and arrangements employed in the exhibition’s production.

For O’Connell’s film PALOMAR, handmade apparatus and labour intensive processes were sensitively employed to produce subtle forms and colour shifts. The work arose from the artist’s ongoing interest in the function of reflection and shadow in the production of an image. Approximately twelve minutes in length and shot on black-and-white reversal film with colour subsequently added, PALOMAR documents a partial solar eclipse seen in Southern California on 23 October 2014. In capturing the primal light source, the sun, it invokes procedures similar to the photogram. Complicating the process of using shadows cast by the sun, it shows the shadow of the moon on a projected image of the sun from within that shadow.

Something like an alchemist, O’Connell treats the medium of film in an experimental way, interchanging positive and negative, inserting colour and pushing the medium to its physical limits. Collaborating with one of the few analogue colour timers still working in Hollywood, O’Connell coloured each shot according to the formal structure laid out in Calvino’s index. The novel Palomar itself consists of short vignettes organised according to a schematic distribution of three thematic areas: (1) the visual; (2) the anthropological; and (3) more speculative experience ‘concerning the cosmos, time and the relationship between the self and the world’. This system results in the 27 chapters (3 x 3 x 3) that make up the book. O’Connell matched 1, 2 and 3 with red, green and blue filters to colour the film.

The Eye and the Planets is a series of prints made using a 19th-century process combining gum arabic, bichromate salts and pigment to fuse photosensitive chemistry with painting. Each image is the result of a procedure exposed three times under the strong L.A. sun: 3-inch balls rolled into a chance position within the boundary of a circular hoop, the radius of which would allow the exact packing of 19 such balls. The images model, at a macro-level, the microscopic arrangement of particles within the colloid solutions of gum bichromate (and other photographic processes). The Infinite Lawn is the set of nine steel balls and wooden hoop used to make the prints.

A total of 85 individually cast coloured glass hexagonal tiles make up The World Looks at the World: a physical and metaphorical model for a future series of large dishes that will capture extremely wide-band radio portraits of specific locations. This series is an exploration of radio as an extension of the eye, with radio waves seen as colours that fall outside the human visual spectrum. Arranged on top of a mirror, The Model of Models is a small-scale cast-plaster version of the same 85-part form, each angled surface cut from a hexagonal column.

The lyrically titled The Loves of the Tortoises is formed of two ceramic approximations of Gömböc. Gömböc, devised by mathematicians, are self-righting forms which roll as if ‘possessed’ before coming to a rest on one precise point. These forms share a striking similarity to the shells of certain turtle species, the shape of which allows them to avoid finding themselves unexpectedly on their curved backs.

Throughout O’Connell’s processual practice, thought and making feed on one another, resulting in outcomes that reflect an entirety of effort, and process, to make up the work. 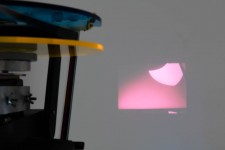 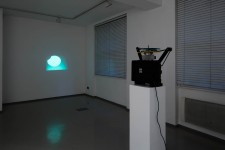 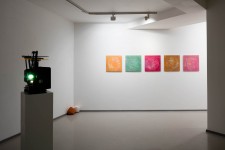 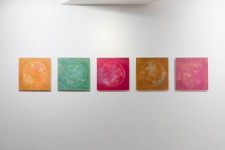 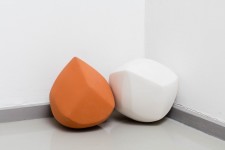 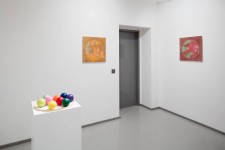 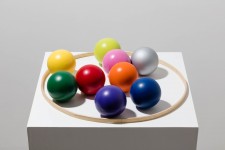 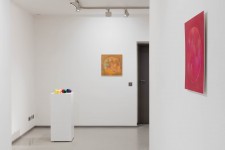 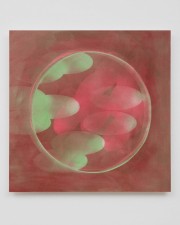 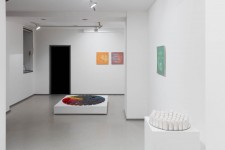 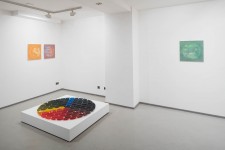 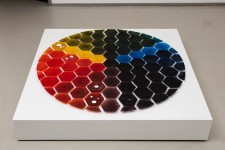