This exhibition is the first occasion Grace Weir’s recent films and installation works have been shown in London. The filmic processes Grace Weir employs take us on journeys where we witness unfolding contingencies; how her source material leads research and the decisions ensuing from these encounters with specifics; thinkers, locations, theories, archives, and objects. As viewers we are brought into constellations - processes of intersection and divergence. These decelerate and give elasticity to a feeling of history experienced as if for the first time in the present moment. Mainie Jellet, leading Irish Modernist in the early 1900s and Mary Rosse, a photographic innovator during the 1850s, are major figures in Irish history and their oeuvres are the subject of two of the works on show in this exhibition. Like many women, their contributors to knowledge and culture are little known outside very particular contexts.

In the film A reflection on Light Weir re-inhabits the Cubist artist Jellet’s world, via her home in Dublin, her archive and her painting Let there be Light which hangs in the School of Physics, Trinity College, Dublin. Weir sets parameters to allow an intimate portrait unfold and we engage in ongoing dialogue with both Jellet and Weir. The work Darkroom comprises two films shown simultaneously, one shot in Rosse’s previously untouched original darkroom in Birr Castle and the other in the reconstructed darkroom in the Science Centre of the Castle’s grounds. Through this peculiarly haunting process Weir performs a double bind that traces Rosse’s unfolding actions in the displaced, but faithfully recreated space. The continuities and duration of the past conflate with the present and what might ensue.

There is a line near the close of the 90s sci-fi film Terminator 2 when one of the principle characters declares our position in a world freed from the terror of cyber domination; ‘to be making up history as we go along.’ Put simply ‘history’ is not set, it is in flux and open to constant change. Science, art, physics, mathematics, philosophy, history, reading, looking singularly and conversationally infuse, inform and direct Weir’s practice.


The exhibition is curated by Jo Melvin, Reader in Archives and Special Collections Chelsea College of Art and Design, UAL.

Recent selected exhibitions include; We are the centre for curatorial studies, Hessel Museum, Bard, New York, USA; The Universe Cleft To The Core, DeLeón, Bath, UK; In the darkroom-the making of a document, Im/Material conference, Chelsea College of Art and Design, London, UK (lecture-performance); PLATOvideo06 - Modernism, Gallery of Ostrava, Czech Republic. Grace Weir has received several awards from the Arts Council of Ireland, was artist in residence at Trinty College Dublin and St. John's College, Oxford and represented Ireland in the 49th International Venice Biennale. 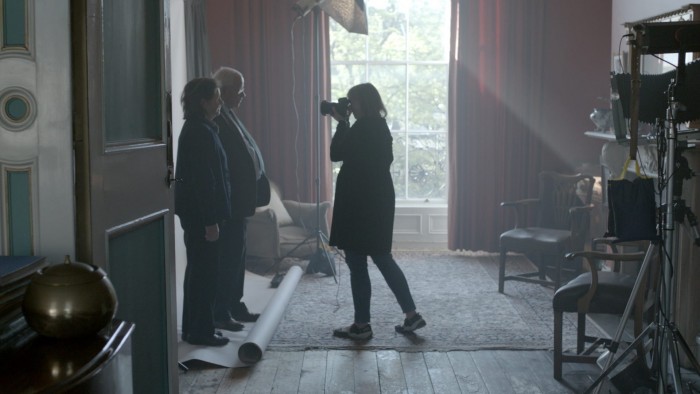 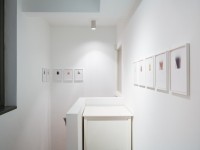 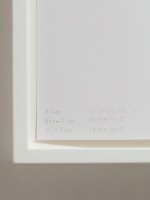